Since the age of four, when I hit the ice for the first time, I knew I was born to play hockey. My parents always gave me every opportunity to excel and they supported my passion for the sport. I played competitively from the age of nine and played at the highest level possible every year into my teens and my high school years. Always fully committed to being the best that I could be, I had the dream of playing in the NHL as most kids playing hockey in Canada do.

At the age of 16, I was playing minor midget AA for the Gloucester Rangers. This was a big year in my career as it was my draft year to the Ontario Hockey League, where I was projected to get picked in the priority selection draft. 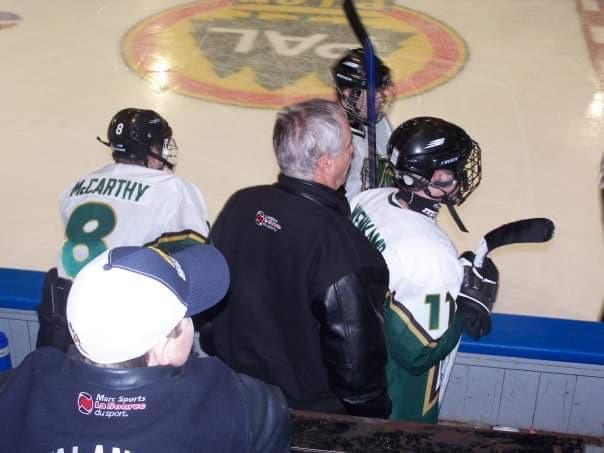 I was having a great year and towards the end of the season, me and a teammate of mine we’re called up to play for the major midget AA team that needed a couple of call-ups due to injury. My teammate and I were 1 and 2 in scoring on our team and I was eager to make the most of the opportunity.

17 minutes into my first game as a call-up I laid a hit in the corner and as I began to skate away the player I hit fell awkwardly on my knee. Right away I knew it was bad; my leg was twisted backwards, and I wasn’t skating this one off. Stretchered away, I can still remember every bump during the ambulance ride and every tear that fell as I came to terms with what this meant for my future in hockey.

I would come to find out that I had a torn meniscus, torn MCL and had fractured my kneecap in six places. Not the best diagnoses but not the worst. I would go on to learn that I wouldn’t require surgery and If I rehabbed aggressively, I could be back on the ice in six months, just in time for next season. At that moment the competitive athlete in me came out and I was determined to make a return with the outside chance of getting drafted as a 17 year old.

After twelve weeks spent on crutches and six months of aggressive rehab, which included physio four days a week (often before my high schools classes) I made a full recovery and would only have to wear a knee brace as a precaution to make my return to the ice. 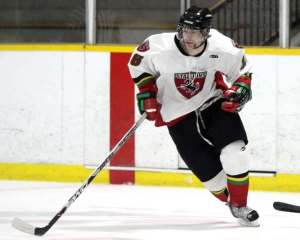 I remember tryouts that year. I came out flying and it was like I hadn’t missed a beat. Dominant early in the season I was playing with confidence and it looked like I might get a break if my play continued.

One night, during the second period of a game in Kingston, I took a pass coming out of my own zone. After moving the puck up ice, I took about two strides before I was hit from the blindside. Not a dirty check but my skate caught the ice the wrong way as I went into the boards and I felt a pop. I got up and leisurely skated to the bench.

During the intermission our trainer did some mobility tests on my knee (the same one I injured the season before) and told me I should take the rest of the night off and get it looked at in the morning. In disbelief that I was reliving another knee injury, I was determined to return to the game. There wasn’t much pain so I requested that he tape it up and at least let me go take a lap and test it. He did and I’ll never forget that moment walking back onto the ice. I took a few strides before a cross over to the right and at that moment my knee buckled out from under me. I knew right then that it was serious.

Over the next few weeks, I underwent several tests and second opinions culminating with an MRI. When the results came back, the doctor told me I had suffered a complete tear of my ACL and that I would require full reconstructive surgery to get back on the ice at a competitive level. At that moment I broke down mentally, I had worked so hard to get back and just like that not only was my season over but likely so were my dreams of playing in the big leagues. 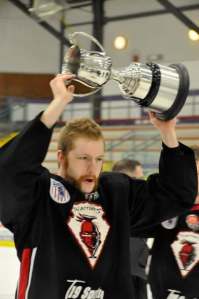 I underwent surgery a few weeks later and went on to spend the next 14 weeks on crutches and, once again, had to endure another six months of rehabilitation. This was the most depressing time in my life. I remember laying in my bed with a machine attached to my leg slowly bending and unbending it to work on my mobility and i just felt defeated.

After some long chats with my parents about the next direction I would take in my life, I made up my mind that I was going to go to college or university and pursue my education while trying to walk-on the varsity team.

I ended up going through six months of intensive rehabilitation and afterwards my knee was stronger than ever (once again). I had made it back just in time for my third and final year of midget. I was also the captain of my high school hockey team and would finally get the chance to play more than just a few games that season.

I ended up finishing the season as the leader in points on my team and would go on to get the opportunity to play college hockey at a small school in upstate New York. A few seasons later, while in univerisity, I signed my first minor professional league contract where I played seven seasons and over 250 games professionally. I graduated with a bachelor’s degree in Business and won three championships in the Federal Hockey league, two as a player and one in the front office. The adversity I had faced to get there made it all worth it. 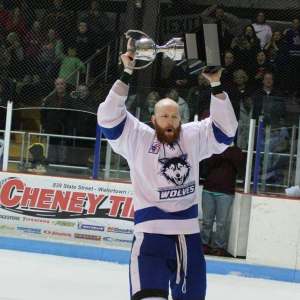 During my last season of pro hockey, I faced that adversity again after breaking my finger in a fight, sidelining me (once again) for a big chunk of the rest of the season. It was then that I met Shannon and together we would take over the sales and marketing for the team I was playing for and during that summer, while working for the team, we had our “ah ha” moment to form our startup.

Hindsight is 2020 and looking back I realize that my life could have gone down a very different path. Who knows where I would be or the things I would have accomplished? What I do know and what I truly believe is that everything happens for a reason and maybe those injuries were the universe guiding me down a different path: One that would lead me to get a University education, one that would allow me to pursue a personal goal of playing professional hockey, one that would connect me with Shannon, who is also my life partner, and one that would allow us to create FanSaves and live out our dreams together.

If I could do it over, I wouldn’t change a thing. I am grateful for all the bumps in the road and all the sharp turns my path led me down. The adversity I went through, beginning at such a young age, truly has so much to do with my resiliency as an adult. As I sit here in San Diego, one of the most beautiful places in the world, with my own destiny in my hands I can’t help but think that one of the worst things that I overcame in my life turned out to be one of the best things that ever happened to me!

Kris McCarthy (#8) is the co-founder and COO of the tech startup, FanSaves. He was born and raised in Ottawa, Ontario and has a passion for hockey, sushi and LinkedIn.